Last year (2012), Thai government announced about Napier Grass for generating electric power as follows.
“The government will issue guidelines within the next two months on a policy to promote generation of electricity from Napier grass, Energy Minister Pongsak Ruktapongpisal said yesterday.
Napier grass, originally from Africa, is also known as Uganda grass or elephant grass for being a favourite food of elephants.

Speaking on the sidelines of the “Green Energy Forum: A Balancing Act for Sustainability” held by Krungthep Turakij, Pongsak said Germany had developed 7,000 power stations fuelled by Napier grass that provided 7,000 megawatts, and Thailand could match that production.

The ministry will provide a “feed-in tariff” subsidy of Bt4.50 per kilowatt-hour (unit) for a period of 25 years to power plants that use as feedstock Napier grass supplied by local communities. This grass can be grown in many parts of Thailand, especially in areas currently used as sugar-cane and tapioca plantations in the Northeast and Central regions, provided they are situated not too far from the power grid, he said.

“Concerning energy security, we are currently depending on natural gas for as much as 67 per cent [of power-generation needs]. Seven new records of peak power loads occurred during the past year, which prompted a call to save energy. While our installed capacity is 32,000MW, the power demand peaked in May at 26,774MW, leaving a power reserve gap of only 16 per cent,” he said.

Pongsak said that if electricity-use growth rates remained at the current level, there could be power-supply issues in the next two years. Investors have often asked him about the government’s plan to boost electricity capacity.

He said the government would negotiate with Myanmar to pursue the 7,000MW Salawin hydropower project as well as putting more emphasis on biomass and biogas, including electricity production from Napier grass.

Considering the Bt6.50-per-unit subsidy for solar farms, promoting more solar plants will place an heavy burden on the public in terms of higher electricity costs, the minister said.

The question is if this project is really economical or not. Many people have heard about some of the Napier grass to feed (“Elephant grass”). Can it be used as a fuel briquette (Briquette) or pellet (pellet)? What are the pros and cons of napier grass?
Napier grass really worth the fuel used to produce energy or not ? Depends on several factors. Particular grass species (Pakchong 1, Emperor, etc. ), which can grow well in the terrain and climate , which is used as fuel. It should be planted so the moisture at the harvest is minimal, enough texture of grass ( 3-4 months , humidity is about 65-70 % by weight). Harvesting (labor, machine) and Transportation to the factory is also a factor to consider too .
The key factors for using Napier grass to make into briquette or pellet form are the preparation of fresh grass into the form ready to be briquetted or pelletized because this process requires a lot of energy. By pressing the water out as the crushing roller, cut the grass into smaller sizes to increase the heat transfer area, the grass still needs drying whice requires a lot of energy, especially to dry grass to reduce moisture from 65-70 % to 15-20 %. First, the grass is being pressed by rollers, which can reduce the initial moisture content down to approximately 35-45 %. Using conventional type rotary drum drier, the required amount of fuel is very high because of low efficiency (in most cases, inevitable to use biomass fuel, i.e. napier grass itself). More efficient process is to use superheated steam, which can dry the grass quickly and the grass does not have chance to catch a fire compared with the conventional hot air type.
http://www.thaisumi.com
http://blog.thaisumi.com

Advertise Banner for anyone who wants to advertise with us! 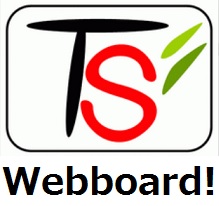